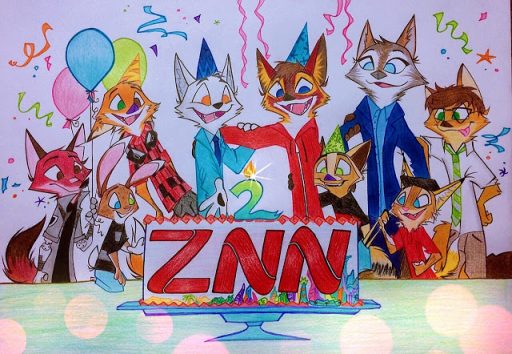 Art by FeverWildeHopps
(From left to right) – Agent Exeider, Lucario389, AJ, Andy Lagopus, Raphael Luck, Drummermax64, Darkflamewolf, Nate, BlueberryCarrots
Ladies and Gentlemammals, welcome to the Two-Year Anniversary Celebration of ZNN!  Last year, I gave you a trip down memory lane, but I think this year we should hear from someone other than myself.  So, without further ado, I’ll turn things over to DarkFlameWolf, one of the three Fearless Leaders who keep ZNN running like clockwork!  Take it away, dark! ~Andy Lagopus

Hey everyone! What a wild and winding adventure this has been, huh? One would have never guessed we would still be here, talking about Zootopia well over two years after its release! That goes to show just how powerful and important a movie it truly was to have touched so many hearts and minds. I was given the gracious opportunity to write a little something from my perspective to commemorate this event, so let’s not be wasting it!

I had only entered the fandom in late June/July and not even heard of ZNN as an online news site until late Fall, in which several of my friends recommended me to Andy Lagopus to come sign on as a prereader, due to my skills as an author. I joined in December 2016, not knowing how big this would ultimately become.
It was still a relatively small group then, but we swelled in numbers and in views over the course of 2017. I was bumped up to Team Lead of prereaders as we got the influx of new recruits, all of whom were eager to help out the community and share their love of Zootopia. I’ve watched new folks come and go, each leaving their mark within ZNN. It was a crazy, yet great year for ZNN.
Things got a little rough towards the end of 2017 with real life claiming a lot of good folks as they had to step down and move on from ZNN. However, this was a prime opportunity to reinvent ourselves and branch out from our standard operating procedures we had grown so accustomed to over the previous year.
Early this 2018, I was made Fearless Leader along with Lucario389 and Agent Exeider. Between the three of us and under the direction of Andy Lagopus, we rebuilt the internal structure of ZNN and helped build a path forward for the future of this news site. As part of our 2 year anniversary celebration, we opened up our own Zootopia specific community server. Our final goal with this endeavor is to better connect with the fandom and have its users participate in helping us develop, find, generate and post content for the site, while giving them credit in the process.
In the end, ZNN was made to be a love letter by fans, for fans of Zootopia. We love this movie and its world that was introduced to us over two years ago. We cannot wait to see what the community server and its users can bring to all of us through ZNN. Let us make 2018 even better than the last and demonstrate to everyone who looks at us that together, we can make this fandom world a better place!
And as always, Try Everything!
PS: Check out past anniversary and milestone celebration pictures after the break for a nice trip down nostalgia lane and to see all the zoosonas of ZNN Staff Members past and present! 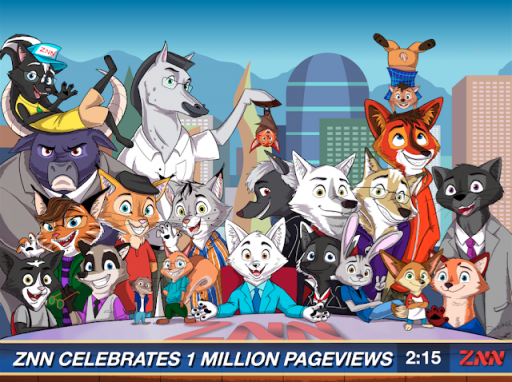 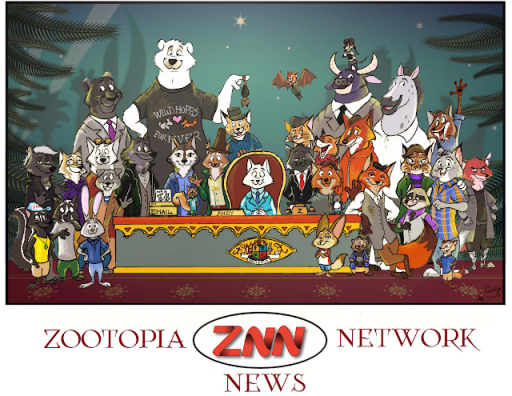 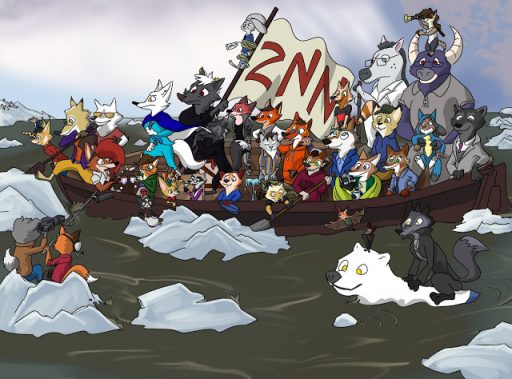 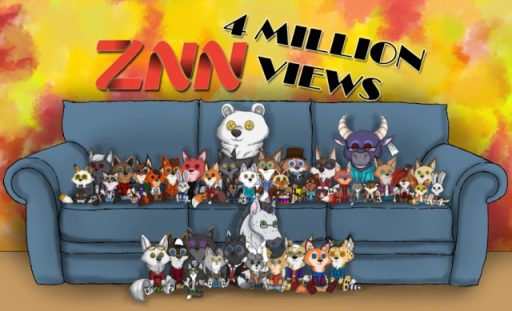 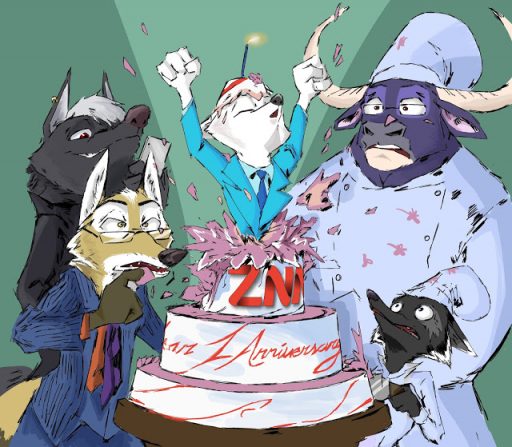