We asked you which, out of all the minor characters that interact with Nick and Judy but barely get any lines, you wanted to see more of- be it in fanfiction, comics, or any sort of media.  And you answered BIG TIME.

With over 300 responses to our poll from two weeks ago, the fandom has definitely spoken.  Read on after the break to see who the top ten most popular characters who were only in the spotlight momentarily are!

(hint: The first one should be obvious from the cover picture) 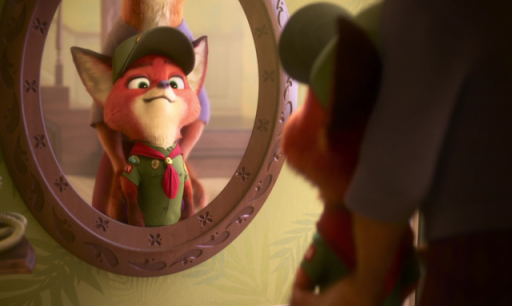 The winner, by quite a large margin, is Nick’s Mom!  A few of you were surprised that I included Mrs. Wilde on this list, but by the definition we used, she qualifies.  She’s only on-screen for a couple of second, she doesn’t ever actually say anything, and we don’t even see her face.  But the way Nick talked about her when telling Judy about his day as a Junior Ranger Scout, you can tell she was a very special woman, and we all want to get to know her more.

The beasts that made a thousand furries, these uncannily attractive backup dancers definitely deserve more of a spotlight.  Any large mammal that’s willing to wear such tight pants while dancing with sparkles in their fur should be examined in depth.  And I know the fandom is all too willing to give them that examination…

There’s a lot of storytelling potential here.  We saw Judy go through training in a montage, and it seemed like through grit and determination she was able to succeed where none of the others expected her to, but we still know essentially nothing about any of her classmates.  Was she friends with any of them?  Did they respect her for attempting to make it through the training?  Or did they just see her as a joke, the “token bunny”?  The world will never know… unless somebody decides to do something about it.

They may not have been able to catch Nick and Judy, but they had a very good response time (less than a minute, if I recall correctly) and they had laser-sighted tasers.  I wonder if they ever used those to mess with any felines at the facility… 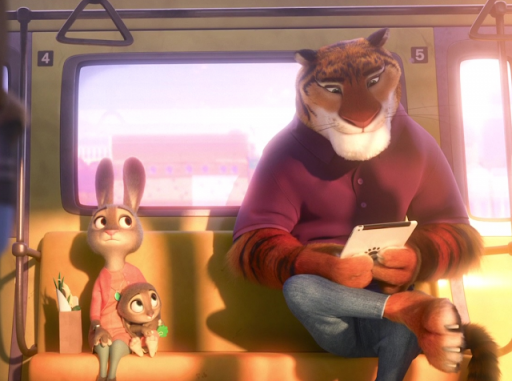 These three have already gotten a bit more spotlight than most on this list, thanks to Emma89’s magnificent crack-ship-fic “The Meetings”.  But that’s certainly not the only story that could be told about them.  Plus, now that The Meetings is over, something’s got to fill it’s shoes. 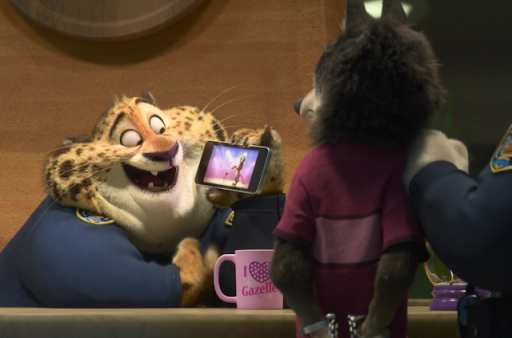 I like to imagine that this guy is part of some sort of gang that the police need information on, so one of the officers just “happened” to bring him by Clawhauser on their way to the interrogation room.  Nothing cruel or unusual about this punishment, no sir.

These two bruisers mean business.  After all, it’s got to take a lot to get huge, dangerous, tracksuit-wearing polar bears like this to work for a tiny arctic shrew like Mr. Big.  Also, Nick implies he has a history with them, and they did not leave things off on a good foot.  What on earth could Nick have gotten himself into before?  Other than the skunk-butt rug, of course. 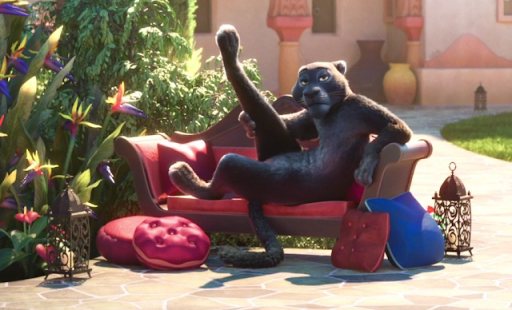 The way he looks at Nick and Judy as they pass by… that expression is priceless.  It practically screams “Yeah, I’m licking myself.  What of it?”  My person headcanon is he’s the actor playing Bagheera in the remake of The Jungle Book, and he’s trying to get into character.  Considering Judy’s reaction, that movie would probably get a hard R rating at least. 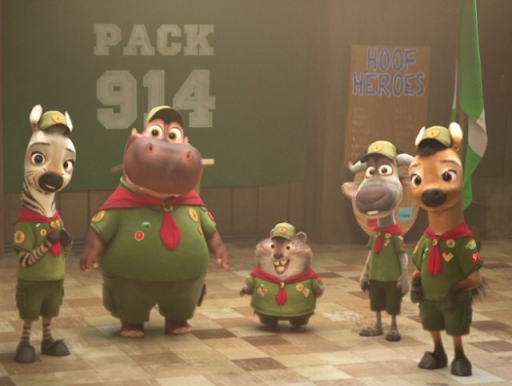 There’s kids being cruel… and then there’s these a******s.  They treat nick so nice and friendly, knowing exactly what’s about to happen.  They planned it.  Never trust those innocent looks, these kids are full of malice.   …besides, where’s the Pack Leader?  No adult would stand for what those kids did to Nick.  …or would they? 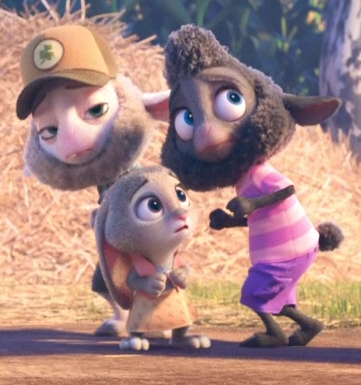 Yes, I know a lot of people have taken to calling the black lamb “Sharla”.  Some of you even ship her with Gideon Grey when they’re all grown up.  She’s not exactly a minor character like the rest of the mammals on here, since she appears in two scenes like the one before where she says she wants to be an astronaut.  But what about the other two?  Who’s that scared little bunny rabbit?  She can’t be older than 4 or 5 years old.  And who’s the other sheep?  Also, why do the young sheep have “normal” eyes, while older sheep have actual sheep eyes?  SO MANY QUESTIONS!

And there you have it!  The top 10 obscure characters you want to know more about!  If you’re curious to see the rest of the results, you can check out the full list here.  I hope this inspires more fanart, fanfics, comics, or whatever else you decide to make to tell the untold stories behind these oft-ignored faces.  After all, in Zootopia, anyone can be anything!  I look forward to seeing what you all make!