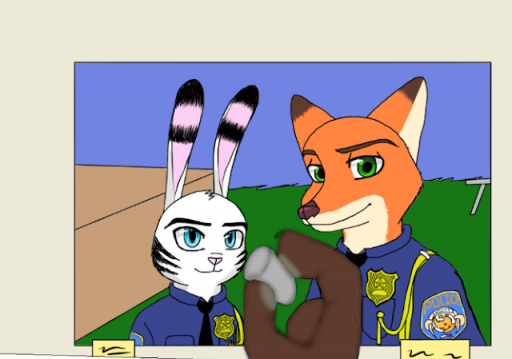 Hey everyone!  It’s Fonzi, and today I’m here to tell you about a… wait for it… SavageHopps comic!

Before you get your pitchforks and start rioting, it’s a really good comic!  The art style is simple, but clean.  It’s based on a fanfiction by Helthehatter, which is also called Ringless, where… well, I’ll let the artist, Lucky13spirits, describe it.

Nick and Jack are childhood friends who become cops together, but are separated at graduation.  Jack ends up meeting and later marrying Judy, but is later killed.  After his death, Nick and Judy team up to find the killer, but along the way things… change… between the two.

I’m excited to see where this comic ends up!  Check it out after the break, or over on Deviantart!