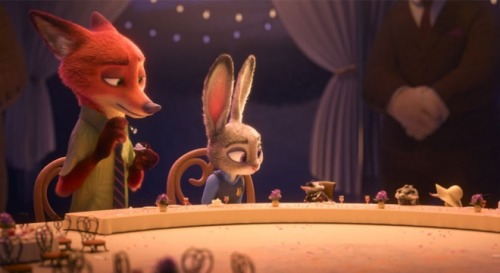 During the wedding of Mr. Big’s daughter, Fru-fru, there’s a hilarious scene where Nick tries to eat a shrew-sized slice of cake.  I had to wonder how they animated that, since that’s really not something you see on a regular basis.  Turns out, they had John Lasseter, the head of Disney Animation Studios, do it!

So, ever wanted to see the Chief Creative Officer of one of the largest entertainment companies in the world do something silly?  Well now you can!

Click HERE to watch the video.  Just a quick heads-up: it’s on tumblr, and their video player automatically loops.