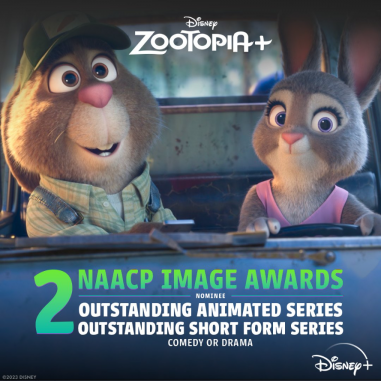 So, how about that Zootopia+ show, fun stuff, right? Think that show deserves some more recognition? Well, it looks like we’re not the only ones who think so because, as it turns out, Zootopia+ has been getting some attention from the 54th NAACP Image Awards. The series has managed to snag two nominations! One for Outstanding Animated Series and the other for Outstanding Short Form Series in Comedy or Drama.

It really is nice to see this show getting some more attention, and hey, wouldn’t it be something if it managed to snag the win? I like to think that’d be a good way of helping to convince Disney that more Zootopia goodness can only be a positive thing.

Check out the post below for more details. And hey, while you’re at it, might as well head on over to the NAACP site and cast your vote for Zootopia+