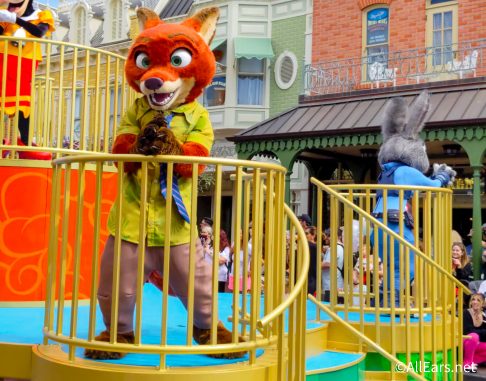 The world is always an ever-changing place that has no shortage of surprises and challenges. The pandemic certainly was proof of that, and it threw a wrench into quite a few people’s travelling prospects. However, now that things seem to finally be returning to at least some sense of normalcy,  many people are eager to finally get out of the house and go on vacation. Naturally, one of the most popular destinations is Walt Disney World.

The rides, characters, shows and parade experiences offered by the park are second to none. One particular parade known as the Adventure Friends Cavalcade has been an ongoing attraction since the Magic Kingdom first opened. What’s more, this parade has two new additions that I’m pretty certain you’ll all recognize. As revealed by Walt Disney World News, Zootopia’s very own Judy and Nick have now joined the lineup! If you haven’t gone to Disney World or checked out the Adventure Friends Cavalcade before, then this is as good of a reason as any.

Check the article out at the link here and see for yourself!