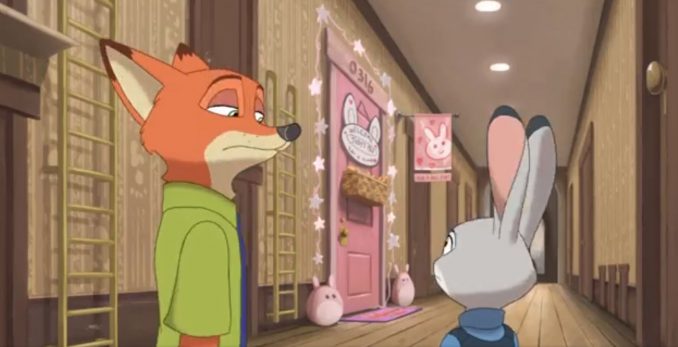 Hello, hello! I’ve got some great news, it’s time for another look at Tamomochi’s animated take on the deleted safe house (with a space in the middle) scene from Zootopia! For those of you who either missed it or don’t remember, Tamomochi took the storyboards from the dropped safe house scene and has been converting them into steadily more and more detailed animations. We’ve been covering his updates in previous posts, keeping track of how the scene has changed and improved over time.

But it looks like we’ve finally reached the end of this fascinating journey as Tamomochi has now released his final revision of the scene in full 2D animation, and boy oh boy, it’s easily his best version yet! Really helps you appreciate all the hard work and effort that goes into traditional animation.

You can check this fine piece of work down below or over on Twitter. I don’t know about you guys, but after viewing it, I can’t help but wonder what Zootopia would’ve been like if it had been if they had chosen to go with traditional 2D animation over 3D. Guess fan works like these are the best glimpses we have for now.