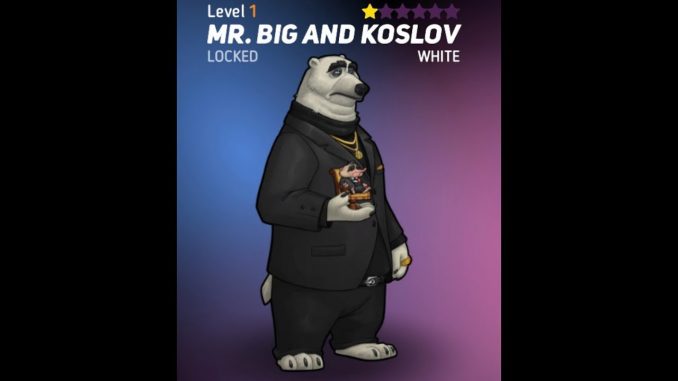 Hello, fellow Zootopia fans! It’s time for another update on Disney Heroes: Battle Mode as yet another Zootopia character has been added to the roster. Sorry, scratch that, did I say one? I actually meant two! In a recent update, Tundratown’s ruthless Mr. Big has joined the roster. And if you’re wondering if an arctic shrew is perhaps a bit too small to throw his weight around, well then that’s why he’s got the big bad polar bear, Koslov to back him up.

The duo are a front-line fighter type who use their overwhelming strength and affinity for the cold to control the battlefield. And really, what better choices for that kind of fighter type than an arctic shrew with a penchant for “icing” and his veritable titan of a polar bear henchman? You can unlock them via diamond crates so if you’re looking to add this ruthless Tundratown pair to your roster, then all you gotta do is just keeping playing the game. You can check out the article here for more details as well as other additions that came with the update. If it sounds like your thing, be sure to give them a spin.