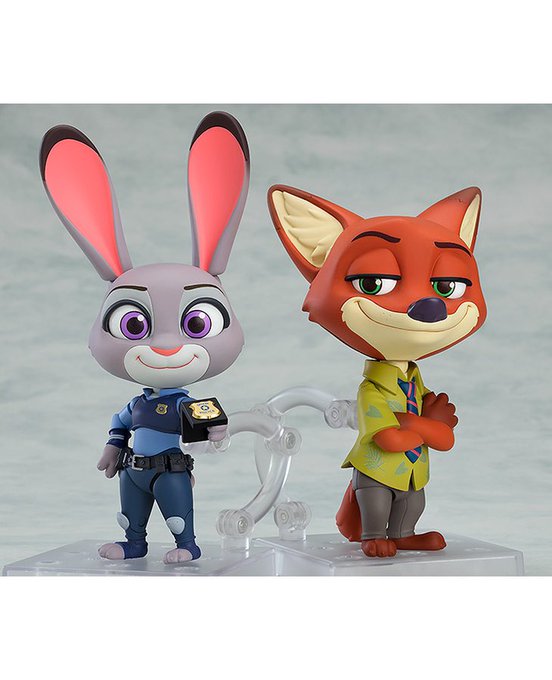 As big of a hit Zootopia was at the box office, it still ended up being a bit of a missed opportunity for Disney, particularly when it came to merchandise. (Come on, Disney! We both know the fandom would pay big bucks for more Zootopia merch!)

The fandom has often been starved for good Zootopia merchandise, but at least there are some companies out there working with Disney to try and rectify this. Companies like Good Smile Company, which recently announced it’ll be releasing new Nick and Judy figures as part of its Nendoroid series. So it looks like now there’ll be at least a bit more Zootopia merch out there for the fandom!

Don’t they just look so adorable? Be sure to order some ASAP! Gotta jump on that sweet, sweet Zoot merch!