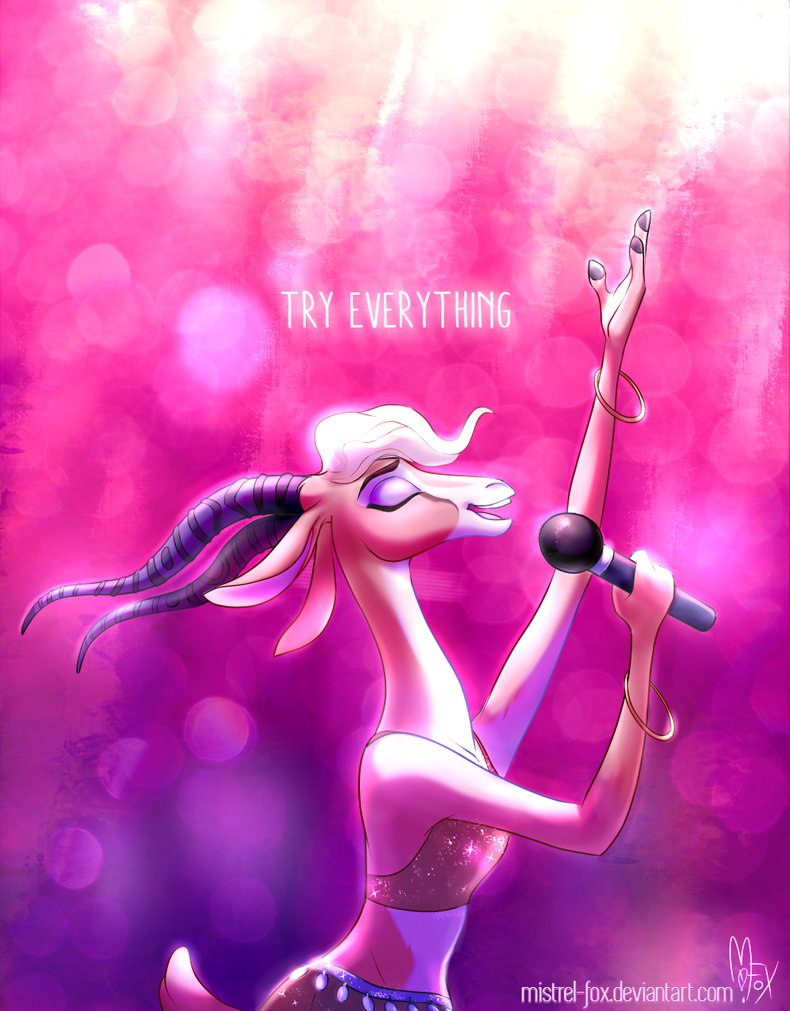 We comin’ for the music industry, folks.

“I’ve been rippin’ and runnin’, not slippin’ or slidin’, athletic tendencies /

I’ve been up since, cheffin’ it, whippin’ it to the base rock, I provide the remedy (Let’s go) /

When we open gates up at Utopia (It’s lit) /

I’d like to be the first to thank Byron Howard, Rich Moore and the rest of the team for finally giving folks something with which musicians, poets and the like can rhyme with utopia.

What’s that? Dystopia? Ethiopia? Myopia? Understandable, have a nice day.

Here’s the song, the video for which features a ton of sheep, much like, again, Zootopia.