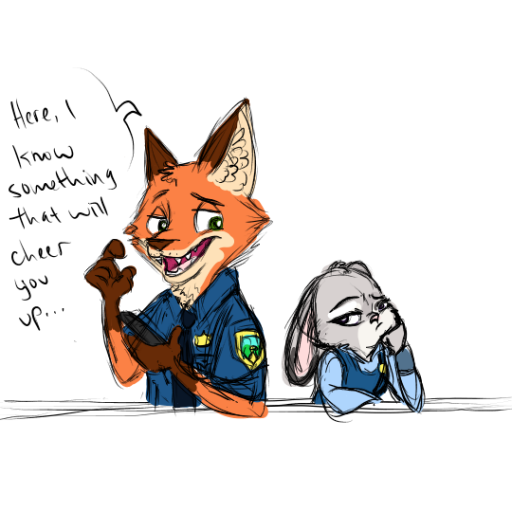 I betcha 10 bucks that the comic landed in your Tumblr feed at some point. No? Well, now you get to see this comic with some great voice dubs. (but I’m pretty sure you’ve seen this comic)


“Cheer Up Judy” is a very popular comic (at least on tumblr) with over six thousand notes on tumblr now has a comic dub created by Brian Random VA.

The original comic was created by ask-thezpd, and has caught the attention of a lot of people, where Nick “Nick-Rolls” Judy to cheer her up! And the comic dub is amazing with great voice acting for Nick! (It’s really good!)


Check out the full comic dub right after the break!