Sahara Square; Zootopia’s Desert District home to The Palm, the city’s most fashionable hotel, and the Mystic Springs Oasis Naturalist Club. Here was where Judy Hopps caught her first glimpse of the City of Zootopia.

And now fill up your canteen, cinch up your pith helmet and lace up your desert boots. We’re off on an excursion into Zootopia’s hottest neighborhood.

Arriving in Sahara Square on the Bunnyburrow Express.  (Concept Art)

Passing by a local resident as he leaves for work; note the dune-buggy in the foreground.  (More concept art.)


More structural studies; now we’re getting out into the ‘burbs.

Concept art of the climate wall.  According to Zootopia directors Byron Howard and Rich Moore, it basically functions like a giant air conditioner.  (If you’ve ever stood behind an A/C unit, you know that it puts out cool air on one side and warm air on the other.)

Concept art of the Palm Hotel, crown jewel of Sahara Square, along with some nearby buildings


The Palm Hotel lobby.  This is actually not a concept drawing but an art study based on a concept piece. Note the ramp on the left, to allow access to the bell desk for rodents and other smaller species .
The Palm went through a number of name changes from its first conception to the final version.  First it was the Oasis, then the Golden Palm, and finally just the Palm Hotel.  Here we see a concept drawing of Nick inside one of the luxury suite.  What do you expect to find under there, fox?
The Palm Hotel at night.  This place must have been intended to play a very large role in the ‘tame collar’ version of Zootopia.  There’s more concept art dedicated to the Palm than just about any other location in the city.

Presiding over the front desk at Mystic Springs is everybody’s favorite laid-back dude, Yax.  As you can see from this concept drawing, he was originally intended for a slightly different role in the film 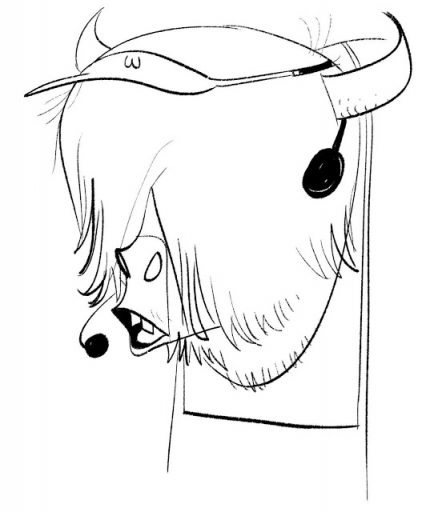 Sahara Square is also home to Nick Wilde’s sometime partner Finnick, the little fox with the big voice.  Here we see him riding out a Khamsin.

Nick and Judy hanging out in Sahara Square.  On either a dare or a bet, they’ve agreed to sample each other’s cuisine.  He’s scarfing down a chocolate-covered carrot, while she’s munching some grilled insects.  (She seems to be handing it a lot better than him.)

Of course, not every trip to Sahara Square is a pleasure excursion.

Boy, is it not a pleasure excursion!  Next time, guys, you might want to wear something a little more suited to the desert than blue serge.

And so, as the sun sinks slowly in the West, we bid a fond farewell to Sahara Square and the landmark Palm Hotel.  (Concept art)