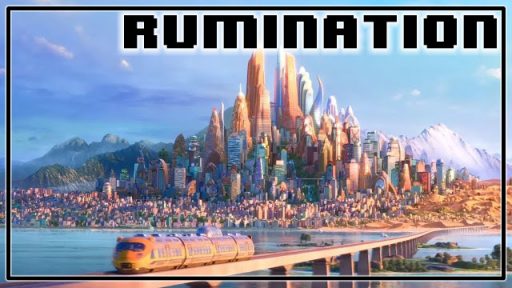 Yup, another analysis video on Zootopia! This one is pretty fresh; it was just released last week!

Again; most of us already know, Zootopia has a much deeper meaning than what it really shows on screen. If you’ve seen ScreenPrism’s analysis video, well, you should also check this out if you want a deeper meaning! (Seriously, this one is pretty deep.)
Lorerunner is the Youtube channel that created the Rumination series, where he discusses anything in front of a green screen. This one is special for Lorerunner, as Zootopia was a topic he wanted to discuss himself, not through a viewer’s request. He has analyzed the film and discusses it in a little more than one hour!
Be prepared to take notes and eat some popcorn; this may take a while! Check it out after the break!