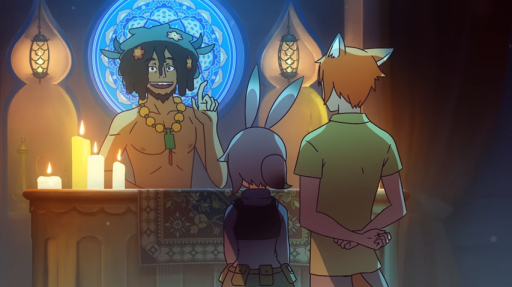 That’s right, you read the title right! What if Zootopia were an Anime? We have the very talented group led my Mike Inel, who dubbed the audio of Zootopia over hand drawn animation reminiscent of the style found in most Japanese Animes. The results are fantastic and humorous!
It is only a small clip, all things said and done, but what is there is a delightful insight to what could happened if Zootopia were animated rather than computer generated. Furthermore, if the characters were a bit more human like in appearance than animal. One small comment worth of note, scenes like the one depicted would probably require a lot of convenient foreground censoring! Guess it’s a good thing Disney chose animals instead, eh?

This is just a preview of what could potentially be a much larger product/video and we are excited to see what Mike Inel and crew can come up with!

So head on over to Youtube or check out the video itself after the break! Here is the link to the Youtube creator’s channel itself: Mike Inel Youtube