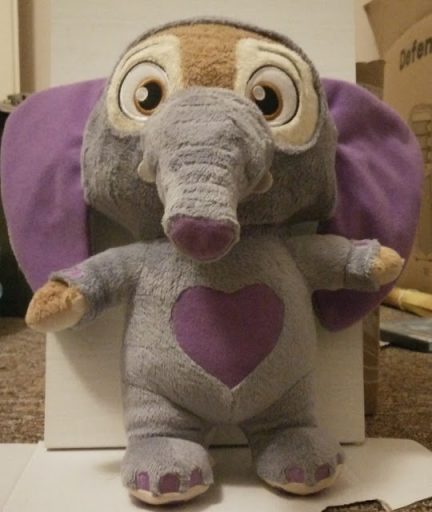 Hey hey folks!  Surrika back at you with another look at a piece of Zootopia merch. This time I will be looking at a much softer toy: the Talking Finnick Fox plush toy by Tomy! I personally think this is the best toy to come out of wave one, mainly for one very special reason.

Find out more about this little toot-toot after the break! 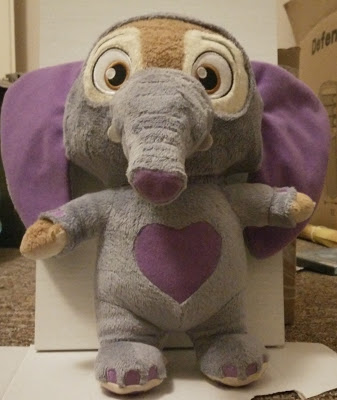 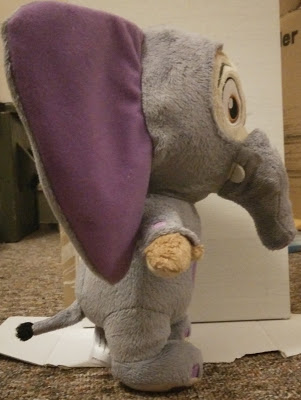 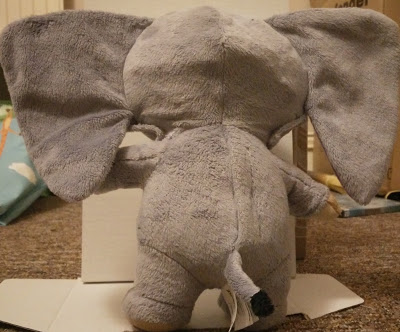 Okay now that I’ve gotten that out of my system, let’s actually review this toy.  This is one of a series of Tomy talking plushies, which also includes Judy, Nick and Gazelle (I will review those seperately at a later date).

Now, Tomy have done well with these soft toys (As well with those limited edition figures) but the Finnick plush is a step above the others. The plush itself features Finnick in his infamous Elephant disguise.  When you press this fennecs tiny little tummy, it will activate the voice box to play a series of 4 different toots before cycling back.

Pretty standard right? But this is where is gets interesting! At each side of his neck there are velcro straps that you can unstrap and pull back and reveal the lovable foxes cute face!

“Now Surrika”, I hear you ask inquisitively “How does he toot without the hood up?”

Well, I am glad you asked that, dear reader, because he doesn’t! 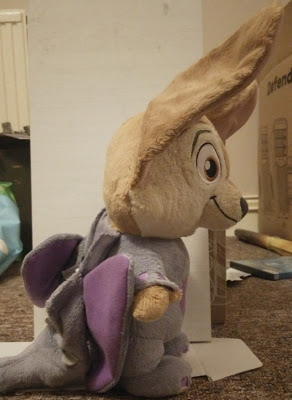 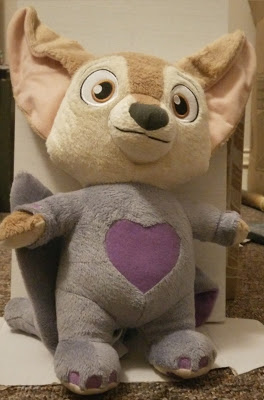 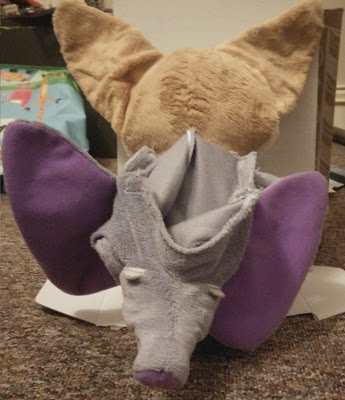 That’s right!  When the hood is down and his face is out he actually talks in his deep manly voice!

Finnick says one of the follow four lines before cycling back.
“I’m a grown mammal, Finnick Fox.”
“Small mammal, big heart baby.”
“Okay, one hug.”
“Yeah, I’ll give ya a toot toot”

How this works is in the trunk and muzzle of the soft toy are two very small sensors, when these two sensors are in contact it lets the voice box know that the hood is up and should start tooting! If no contact is detected, the voicebox knows to play the voice-lines.

There is, however, one downside to this soft toy if you are the type of individual that likes to sleep with soft toys. Unless you’re an extremely heavy sleeper, this toy is impossible to sleep with. Remember those sensors I mentioned? Well if one of them is moved even the slightest it turns on the plushies voice box as it tries to communicate with the sensors so it knows what to play if you choose to squeeze his tum tum.

Unfortunately rather than turning off silently, after being left idle for two minutes (I personally timed this) Finnick will let out a long drawn out toot to signify that he is now off.  So whenever the sensors have moved and detected that they have moved it will stay on for two minutes before turning off.

I have to say, this is my favourite toy to come out of wave one. There have been some good toys, but so far I’ve avoided talking about some of the… “less good” pieces of merchandise.  Perhaps I should review one of the pieces of merch I deem horrible…Maybe a certain book…

Until then, you can find these toys at most toy retailers, such as Toys’r’us and Smyths. You can also find it here on Amazon.  Keep in mind that some of these toys may be only avaliable in-store, not online, so be sure to check them out in person!

This is your friendly neighbourhood meerkat, Surrika, signing out!