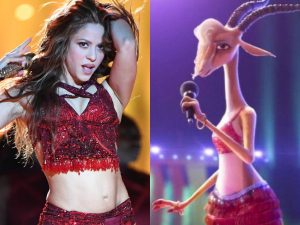 There is no doubt that there a number of recognizable voices in the Zootopia cast list. Some of them were household names long before the Zootopia script was even written. However, one rather distinct personality that they managed to score was none other than Shakira as Gazelle. Shakira’s tune and scenes are easily some of the most recognizable in the film.

In a recent video published by WatchMojo, Emily Brayton analyzes some of the most memorable Pop Stars who have appeared in various films. Where do you think Shakira should end up on this list. Do any of the others surprise you? Let us know in the comments below.

Check out the video below!