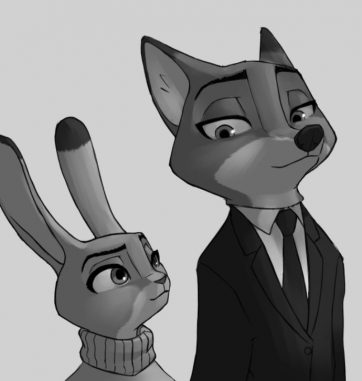 Hello, all. Managed to get time in for one final Christmas related post before the new year and figured, why not go with something from a series we haven’t touched on in a while? That’s right, today we’re looking at the Sunderance Christmas special: A Very Sundy Christmas! Because if Nick and Judy can’t take the time to indulge in some Christmas spirit just because they’re in a hostile city full of conspirators and assassins who want them dead, then haven’t the bad guys already won?

Also, if you’ve never checked out the Sunderance series, I highly recommend giving it a look. You’re best off starting here and following the links.

As for those of you already familiar with the series, you may have noticed that the art style is different, well, there’s a reason for that. With the first act of the series having officially ended recently, BillyBobBaggyBottom has now taken over as the main artist for the comic component. He and Kulkum have already done a multi-part epilogue that you can check out here and this Christmas piece is one final treat from them before they get started on the second act.

Given how tense this series has been, I think it’s nice of them to wrap things up with a little Christmas wholesomeness before diving back into the main story. I’ll certainly be keeping a close eye on where things go from here. But for now, be sure to check out the comic over on DeviantArt.