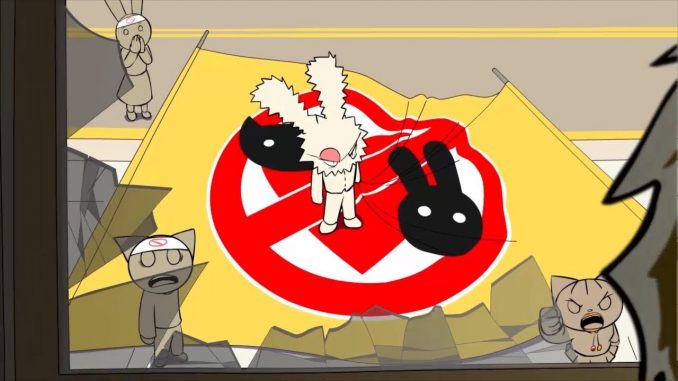 Anybody remember There She Is!! by team SamBakZa? It was an old Flash cartoon series from way back in the 2000s about a bunny named Doki and a cat named Nabi finding love in a world that’s deeply opposed to inter-species relationships (hey, isn’t that a theme the Zootopia fandom likes to explore?).

It ended up being a pretty huge hit at the time, with the series getting over 13 million views on Newgrounds alone.

Well, good news to those who remember it or might want to give it a look now, because the team behind the series just announced a new episode! They even released a trailer for it on Newgrounds and YouTube that may have a cameo by two very familiar-looking cops. 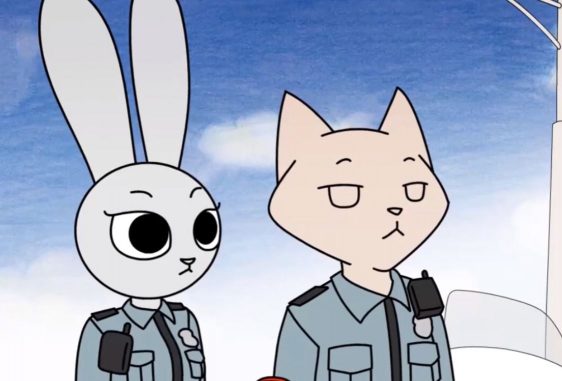 Look familiar? Could that be our favourite bunny and fox duo? It isn’t exactly clear cut, but it certainly wouldn’t be out of place to have a rabbit and fox that are frequently depicted as an inter-species couple be included in a series based around exploring that exact concept.

Check out the trailer down below and decide for yourself. And while you’re at it, why not head on over to Newgrounds and give the rest of the series a look? Just like with Nabi/Doki and WildeHopps, it deserves some love!