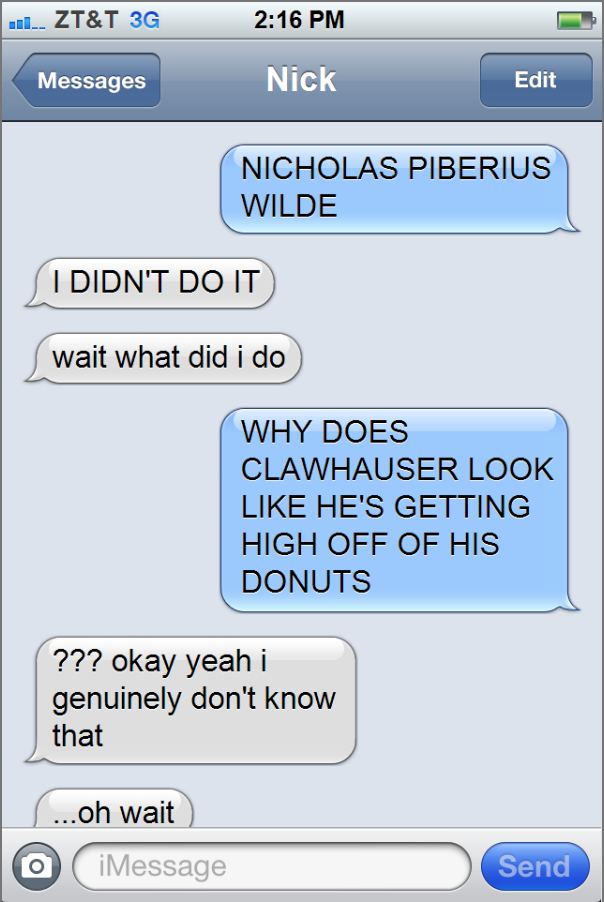 For all its shortcomings, sometimes texting can be absolutely hilarious!  There’s a reason Texts from Dog and Texts from Superheroes have become as popular as they have, and now there’s a Zootopian version.

Check out the main blog at textsfromzootopians.tumblr.com and check out some of the crazy shenanigans the ZPD gets up to!

Judy searching for the fiend who spiked Clawhauser’s donuts
Chief Bogo getting on Nick’s case for being in a relationship with Judy, even though they aren’t
Nick has a nightmare
A “Heart to heart” with Finnick
Drunk Judy
And many, MANY more!
They even let me make a guest post!  (Based on a true story!)

So what are you waiting for?  Start reading!