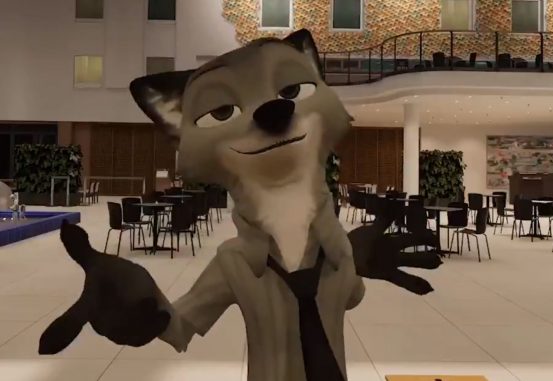 Would it be controversial to say that I love Nick Wilde? Probably not. I imagine that’s the case for a lot of people in this fandom. And why wouldn’t you? Deep character, loads of personality and a pretty genuine guy once you get to know him. How would you like to spend a day as him though? Maybe walk in his shoes for a bit (metaphorically speaking of course seeing as how he doesn’t wear actual shoes). Sounds unlikely? Don’t be so sure, it’s not as far-fetched as you’d think. Thanks to some high-quality modelling and animation work by YBzone, you can now load up Nick Wilde as your own personal avatar for free in VRChat! All you have to do is following the link in the post below and soon you can strut around the VR space as the vulpine hustler turned cop himself.

It’s not just stiff animation either, there was a lot of work put in to make the model look and move naturally. It really is an impressive undertaking. Check out the video below for a nice preview of the model and then maybe get it for yourself. Both the Nick model and VRChat are free on PC, so why not give it a spin?