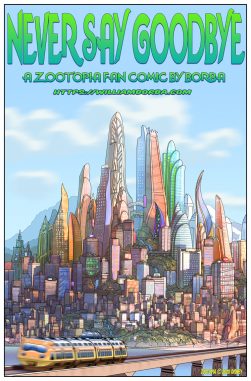 Fellow Zootopian scholars, I’m proud to show off a prodigious finding indeed! It has drama, comedy, and of course, features many of our favorite film characters. William Borba has posted a massive 35-page comic on his DA. Now I know Borba has a reputation for some rather…divisive comics in the past, but don’t worry I promise this one is better!

Correction: We have been reminded that it is in fact the conclusion of Borba’s “I Will Survive” trilogy of comics. Our apologies for saying otherwise.

It’s definitely worth checking out as it fleshes out some non-canon possibilities for after the film. There are spoilers if you haven’t seen the movie but I’d guess most of us have! Think of it as bonus content.

Check it out at the link here.